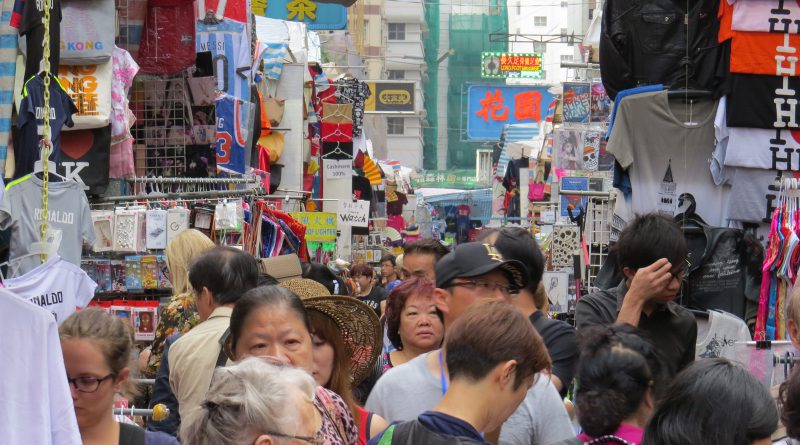 Buyers must realize that the handbags placed out in the open storefronts on Canal Street are not the best designer brand handbags. The handbags that are shown are often the worst ones, although they can certainly be purchased if buyers want them. The more authentic looking designer brand handbags can be found in the small back rooms of these stores. Buyers must beware though, as there are many things to consider before handing over hard-earned money for a bag.

Read below in the buying guide to learn more about how to access these secret rooms, how to select a great fake handbag and how to negotiate a price. The controversies that come along with supporting the fake handbag business in New York City can sometimes be complicated and polarizing.

Where to Find Fake Handbags in NYC

While knockoff handbags are often sold at makeshift stands throughout New York City, the best selection and best looking fake handbags can be found in Chinatown.

Buyers should avoid the makeshift stands at the most popular midtown subway station entrances. They should head to the Chinatown storefronts along Canal Street.

Canal Street has rows and rows of stores offering a lot of the same knock-off merchandise. Items for sale include fake purses, handbags, pocketbooks, accessories, and jewelry.

Many of the products for sale have distorted logos and are very obviously fake. These are placed out in front to fool the authorities. Many shoppers think that these products are actually the fake handbags everyone is talking about. Buyers should not bother with them as they are the bait bags that are generally poorer quality. On the bait bags, the logos have been modified so the handbag does not appear to be copying a certain designer brand. This makes them perfectly legal on the street.

The trick to seeing the “good stuff” on Canal Street is to pay attention to the many vendors trying to get buyers attention. They do this by whispering a list of designer brand names into the ear of buyers as they walk by. They will be saying, “Handbag, handbag! Chanel, Gucci, Prada, Coach, Louis Vuitton,” and so on. Buyers should play it cool and ask “Sure, where?” and then follow their lead. What comes next is an experience straight out of a cloak and dagger crime novel where hopefully everyone gets what they want.

What Happens When Buyers Find A Handbag Vendor

Back Rooms In Stores

Buyers will most likely be lead by vendors into the back room of a store on Canal Street or downstairs into a basement where handbags line the walls. Vendors may act quite secretively, using Walkie-Talkies and rushing buyers quickly into the back room. They push the customers out when the deal is done. Buyers should not be intimidated and just go with the flow. If something doesn’t feel right, then buyers should pass on going inside unless they feel completely comfortable. There will usually be other shoppers crammed into the back rooms, but it is always a good idea to bring a friend.

Car or Van With Tinted Windows

Another place the vendors may lead buyers to is a car or van with tinted windows. They will have buyers come in, sit down, shut the door, and will then unveil a pile of fake handbags from underneath a blanket or tarp. This mobile form of store is a sales strategy used to avoid law enforcement. The authorities are continually cracking down on the storefronts along Canal Street who are selling fake goods. Buyers beware though, this is definitely one of the more sketchy ways to go about buying a fake handbag. You never know where the vendor might lead a buyer. Buyers should ensure that they do not end up in a “put the lotion in the basket” type situation.

The third way is that vendors show buyers a printed page of their available bags and buyers point at one they like. The runner goes off to some unknown location and brings the bag back for review. Buyers then check out the bag quality and then haggle on the price if they want it.

Negotiating a Price on the Fake Handbag:

When buyers have selected a replica handbag, they then will ask for the price. The price depends on the size of the fake handbag, the brand and the quality. For example, if it is a medium-sized handbag, they will most likely ask for $40 to $60. Buyers should never pay exactly what the vendors ask for, because they should have the option to bargain. They should be prepared with a wad of ten, five, and one-dollar bills ready to negotiate.

There are a couple of ways to bargain down the price. Buyers can say, “Well I only brought $30 with me, take it or leave it”. They can also simply ask them “How about $30?”. If buyers ask for the price to be brought down, vendors will try to meet somewhere in the middle between the price they offered and the price the buyer offered.

Buyers should be sure to point out any flaws the handbag may have to further prove the price needs to be lower. And of course, when negotiating, it helps that buyers show an expression on disinterest on their face. If they are not sure it’s worth it they should say no and just walk away. The bottom line is, the vendor really wants to sell them that handbag and will eventually give in to what they want to pay. as long as buyers make a reasonable offer, above the wholesale price, the sale will happen.

The Ethical Dilemma Of Buying A Fake Handbag:

Selling designer brand counterfeit handbags in New York City is a risky proposition for the vendors. Undercover police often crack down and they may arrest the vendor, fine the landlord, and confiscate their knockoff wares. For the buyer, there is very little risk of prosecution, as no one has ever been charged in New York City for buying a fake handbag. The act of buying a fake handbag has been criminalized in NYC, but no one has ever been charged.

There are, however, many ethical questions in buying a fake handbag. Not only does the purchase damage the original brand name it also cheats them out of income. Many knockoff handbags are made in foreign countries by child laborers in unsafe and inhumane conditions. Even New York City itself gets cheated out of sales tax as these are cash-only purchases that are off the books. Some argue that there would not be any need to buy fake designer handbags if the real ones were less expensive. If original handbags designers didn’t charge the excessive prices for their genuine product in the first place, then there would be no fake market.

Recent studies have shown that many of these arguments have become academic as the buying public are becoming less “brand” motivated. It appears buyers are moving away from buying “brands” and shifting more to function. This change now worries both Louis Vuitton and Mr. Lee on the corner of Canal and Mulberry.