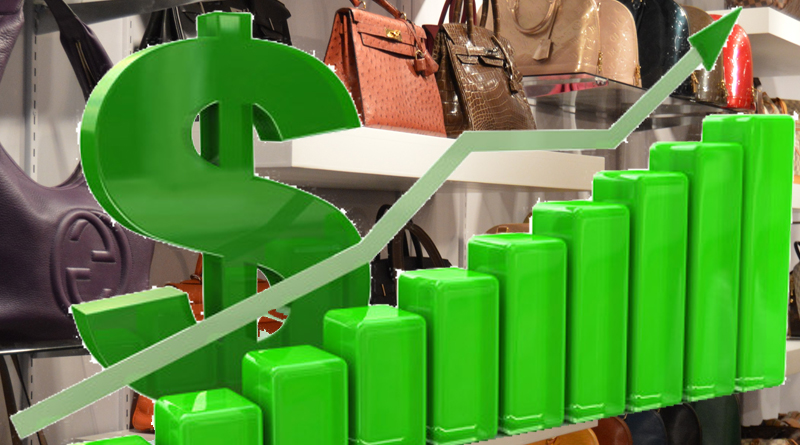 It turns out that genuine handbag sales are not very affected by the sales of fake handbags.

Handbag designers are not as impacted by sales of the knockoff products as often as they say they are. Designers are typically based in the country of origin of each original manufacturer. Italy is the most common handbag manufacturer in Europe. The existence of counterfeit goods may even be an incentive for companies to push designers to release more designs. This effectively leads to greater job security in the genuine handbag business. A large range of luxury handbag products may actually discourage counterfeiters from reproducing all of the designs. This leaves some design exclusivity to the original brands, as they can come up with new handbag design to thwart the counterfeiters. Knockoff bags do not endanger the jobs of the original designers.

In today’s world, luxury handbag distributors are not financially affected by the rising and falling sales of the counterfeit market. Luxury brands generally use multiple distribution companies that are local to their region.

Distributing companies for luxury brands typically distribute multiple and different brands at once. If a handbag company were to go out of business due to extreme counterfeiting, which is unlikely, the distributors would simply take on a different company to cover the difference in distribution.

The retail stores that sell genuine handbag brands are by far the most affected aspect of knockoffs. It is true that, low paid retail workers would be the first people to get laid-off when the businesses bottom line takes a large financial hit. This leaves workers who work the floors of flagship stores most influenced by fluctuating sales of their handbag product. The lowest paid workers are always the most impacted when business is not going well. Store workers lose 100% of their income during a reduction in work force, but CEO’s and executives lose only a fraction of their income.

Counterfeit handbag sales typically take place online, on street corners or in the dark alleyways of Canal Street in NYC. Comparatively, statistics about the number of people laid off in real business, due to counterfeit goods, is likely to be a fabricated estimate. Counterfeit handbag sales jobs typically do not pay very well and employ unskilled labor. This makes layoffs in this area a non-factor. It may only slightly raise the unemployment rate.

Top companies often are the ones that complain that they are most affected by fake handbag sales. It turns out that the actual financial impact of knockoff handbags are negligible overall. Furthermore, the huge profits that luxury organizations already make each year, dwarf the counterfeit market in comparison. The current CEO of Chanel is worth a whopping $12.5 billion. The current CEO of Prada is worth $11.1 billion. If fake handbags have affected the CEO’s of the hottest luxury brands, it does not show up in their net worth. Furthermore, CEO’s and company executives would still have other employment opportunities, even if they lost their jobs due to counterfeit bag sales. Corporate executives are rich enough to retire many times over. Complaining about losing a few sales to fakes seem somewhat petty.